Petroleum is a thick and flammable liquid which has different colors such as; dark brown, dark green or black. It is found in the upper layers of earth’s crust. Petroleum is a complicated mix of different hydrocarbons. Most of these hydrocarbons are from Alcan chain but it may have different appearances, mixtures or purity levels. They call petroleum the black gold. Petroleum is one of the fossil fuels and it is a nonrenewable form of energy.

Petroleum’s value is mainly classified by two factors; special weight and sulfur levels. The petroleum which has less special weight, viscosity and density is called light petroleum oil and the petroleum which has more special weight, viscosity and density are called heavy petroleum oil. Petroleum with lower sulfur levels is called sweet crude oil and petroleum with higher sulfur level is called sour crude oil. Petroleum from younger oil fields is heavier and have higher sulfur level. Light and sweet crude oil’s extraction, displacement and refining is easier and cheaper and products such as; gasoline, naphtha, kerosene and jet fuel are made from it. This kind of petroleum is refinery’s favorites so it definitely has higher price. International oil price determination indicators like Brent and Texas intermediate are mostly from light and sweet oil. But most of world’s oil reserves are consisted of heavy and sour crude oil. 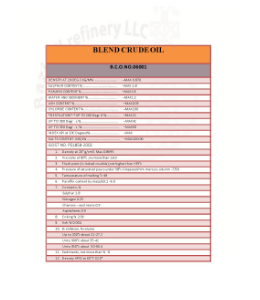 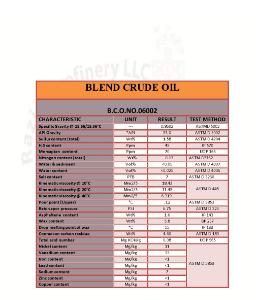