Jet fuel, aviation turbine fuel (ATF), or avtur, is a type of aviation fuel designed for use in aircraft powered by gas-turbine engines. It is colorless to straw-colored in appearance. The most commonly used fuels for commercial aviation are Jet A and Jet A-1, which are produced to a standardized international specification. The only other jet fuel commonly used in civilian turbine-engine powered aviation is Jet B, which is used for its enhanced cold-weather performance.

Jet fuel is a mixture of a variety of hydrocarbons. Because the exact composition of jet fuel varies widely based on petroleum source, it is impossible to define jet fuel as a ratio of specific hydrocarbons. Jet fuel is therefore defined as a performance specification rather than a chemical compound.[1] Furthermore, the range of molecular mass between hydrocarbons (or different carbon numbers) is defined by the requirements for the product, such as the freezing point or smoke point. Kerosene-type jet fuel (including Jet A and Jet A-1, JP-5, and JP-8) has a carbon number distribution between about 8 and 16 (carbon atoms per molecule); wide-cut or naphtha-type jet fuel (including Jet B and JP-4), between about 5 and 15.[2][3] 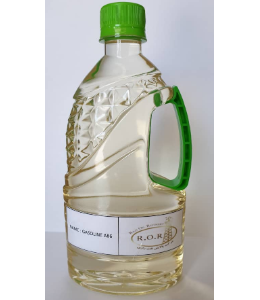 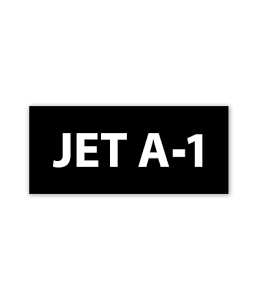